I am a professor with experience teaching a broad repertoire of courses in both Spanish and English at several institutions including private language schools in England, and college level education at Amherst College, the University of Kentucky and Western Oregon University in the United States. I am currently Spanish Assisant Professor, Faculty lead, at Lakeland University where I teach Spanish language, literature and culture as well as Spanish for the professions, and interdiscilipnary courses.

My specializations are in language, Spanish and Latino literary and cultural studies as well as Equatorial Guinean literature. I am interested in understanding how the structures of difference operate as well as the processes of legitimization replicate in contemporary societies. My goal is to contribute to our understanding of how cultural forms are mediated by racial practices of representation and discourse in forming individual and collective identities. I have developed a research agenda that engages in interdisciplinary approaches and employs a transnational framework to study topics of race/ethnicity, immigration/diaspora, border, Ethnolinguistics, Hauntology, and Afrohispanism all under the lens of Whiteness in coalescence with several critical theories.

I have served as editor for several academic journals including Nomenclatura and Transmodernity. To my knowledge, I edited the first-ever volume on whiteness appeared in the Hispanic Studies field and --after over fifteen years devoted to said studies-- founded the Journal of Hispanic and Lusophone Whiteness Studies for which I act as Editor-in-Chief and published its first issue in 2020, altogether contributing to the emergence of the discipline. I also edited the book Espectros del poder and am the Director of the Círculo de Estudios Hispánicos sobre Blanquitud y Afrodescendencia (Círculo EHBA). More recently, I have become a member of the research project Afro-Iberia --hosted in the Consejo Superior de Investigaciones Científicas (CSIC; Spanish National Research Council)-- to explore Afrohispanic rhetorics and representations of whiteness in Spanish Colonial Equatorial Guinean literature. 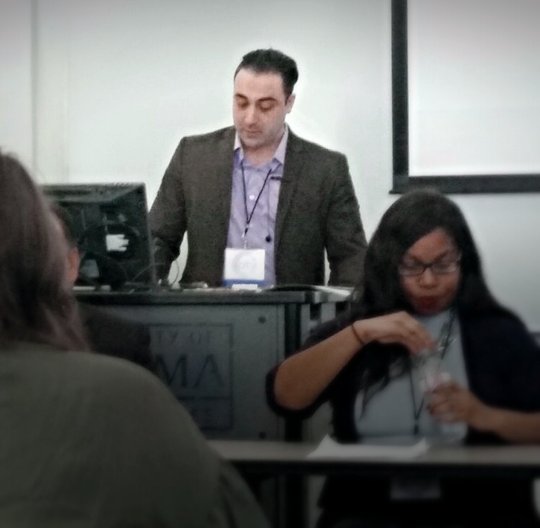 Presentation in Afro-Iberia's Congress hosted by the CSIC